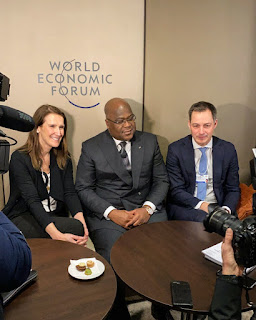 Belgian Prime Minister Sophie Wilmès will lead a mission to the Democratic Republic of the Congo (DRC) in early February which will "consecrate relations" between the two countries.

Wilmès announced this fact on Wednesday morning after a meeting with Congolese President Félix Tshisekedi at the World Economic Forum in Davos, Switzerland. The Belgian Ministers of Foreign Affairs, Philippe Goffin, and of Development Cooperation, Alexander De Croo, are also announced to be in the delegation for the trip.

The central points were not addressed Wednesday morning. Tshisekedi and Prime Minister Sophie Wilmès mainly discussed "the importance of communicating with each other and of marking our relations more officially".
The two political leaders will meet again "in two and a half weeks, during a mission that I will lead in the DRC," said the Prime Minister, stressing that "many investors want to work with the Congo". 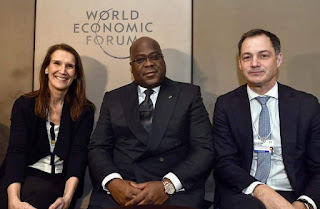 A series of discussion points will be on the agenda, such as the reopening of a Congolese consulate in Antwerp or the appointment by the DRC of an ambassador in Brussels. "It will also be an opportunity to open the Consulate General of Lubumbashi", which officially reopened in early January.

The two countries are emerging from a serious diplomatic crisis but their relations have largely normalized since the entry into office of Félix Tshisekedi, who emerged victorious from the disputed presidential election of December 30, 2018. Brussels and Kinshasa had sealed their reconciliation during a visit official visit of Mr. Tshisekedi in Belgium in September.

The crisis was caused by the postponement of the elections in the DRC, initially scheduled for the end of 2018 and the criticisms expressed by the Belgian government. It led to the suspension of the bilateral Military Partnership Program (MPP) in April 2017, then in early 2018 following a "fundamental review" of the cooperation decided by the Belgian government until "the organization of elections credible "in the DRC.

In retaliation, the Congolese government had ordered Belgium to close its consulate general in Lubumbashi, end the activities of its new development agency (Enabel) and close the Schengen House in Kinshasa. The frequencies of the airline Brussels Airlines had also been reduced from seven weekly flights to four.

These measures have been canceled since Felix Tshisekedi took office and a new Belgian ambassador, Jo Indekeu, took up his post in late October in Kinshasa.

Popular posts from this blog 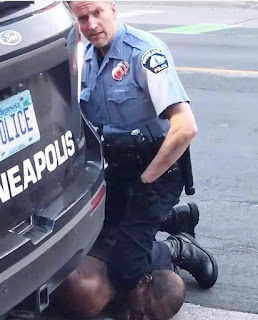 UN High Commissioner for Human Rights Michelle Bachelet on Thursday 28 May 2020  condemned the killing of George Floyd, an African American man whose death in police custody on Monday was captured on video and has led to serious ongoing protests in Minneapolis. “This is the latest in a long line of killings of unarmed African Americans by US police officers and members of the public,” Bachelet said.  “I am dismayed to have to add George Floyd’s name to that of Breonna Taylor, Eric Garner, Michael Brown and many other unarmed African Americans who have died over the years at the hands of the police -- as well as people such as Ahmaud Arbery and Trayvon Martin who were killed by armed members of the public.”  She added. “The US authorities must take serious action to stop such killings, and to ensure justice is done when they do occur. Procedures must change, prevention systems must be put in place, and above all police officers who resort to excessive use of force should be c
Read more

The Merck Foundation partners with African First Ladies to improve cancer care in Africa by offering a scholarship and a master's degree in oncology for one, two and three years to more than 80 doctors from 26 countries 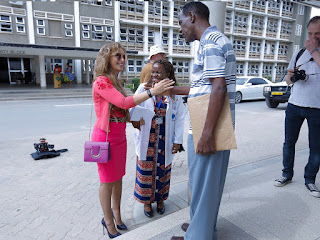 Dr. Rasha Kelej, CEO of Merck Foundation and Dr. Christina V. Malichewe, alumni of Merck Foundation and the first Medical Oncologist from Tanzania, with a patient The Merck Foundation makes history in Africa by forming the first African teams of oncologists and cancer care in The Gambia, Sierra Leone, Burundi, Liberia, Guinea Conakry, the Central African Republic, Chad and Niger. The Merck Foundation in partnership with African First Ladies and Ministries of Health, continues to provide one-year, two and three-year training grants and masters in oncology to African doctors through their Cancer Care Access Program with the aim of increasing the limited number of oncologists across the continent. Dr Rasha Kelej, CEO Merck Foundation and one of the 100 Most Influential Africans, stressed: “Our strategy is to develop a multidisciplinary oncology care team in each country, such as; Medical, Surgical, Pediatric, Gynecological Oncology, Radiation Oncology, Nursing, Anatomopathologis
Read more 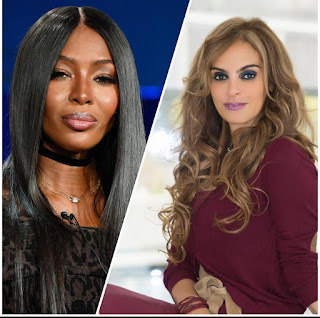